This building, constructed in the 1970’s, had always suffered from a lack of heating system controllability. The existing heating was a single system that took no account of building orientation or equipment density and associated heat gain.

Faced with a limited budget, ECS determined, through an intrusive survey, where sub zone motorised valves could be fitted and how savings could be made by insulating pipework within ceiling voids. These works included plant control replacement and fixed speed pumps changed to variable speed.

The solution was to divide the system into eight sub zones, two per floor, taking into account building orientation. In addition, remote head thermostatic radiator valves were fitted to the existing radiators.

The plant controls also allowed for a simple user panel, enabling part of the building to be heated outside office hours. These simple measures have resulted in reduced energy costs and improved thermal comfort. 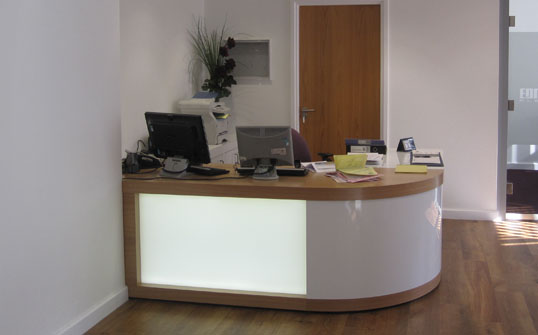 'Technically very capable and supportive consultancy. Pro-active and good communication on matters that change and require a coordinated solution.'
Wythenshawe Community Housing Group
'I have found them to be extremely responsive and pleasant to deal with.'
Wythenshawe Community Housing Group
'Over the last few years ECS has undertaken survey feasibility and project work in leisure and education sectors.  We have found them friendly easy to deal with and very knowledgeable.'
David Trowler Associates
'ECS are a very competent, professional company with years of experience. They provide value for money and I would not hesitate to use ECS again on projects going forward.'
Tameside MBC
'We have commissioned ECS consultants on a number of projects in various sectors, and have found them to be very knowledgeable and attentive to the different clients.'
1618 Architects