This scheme involved the removal of existing electric panel and storage heaters and replacement with a wet heating system.

Logistics were the key to the project success. ECS agreed with the school at an initial design meeting that a week by week programme of activity would minimise any disruption to the running of the school.

ECS had, prior to this initial meeting, applied for the new gas service. The scheme included fitting out an existing store room as a plant room during the last half of the summer term.

During this period diamond drilled holes were cut through walls within the school and the existing panel heaters removed. These works were undertaken at the end of the school day.

During the final week of the summer term key items of equipment were packed away so that as the school term finished, the piping could begin during the summer holidays. All pipework, boxing in, painting and heat emitter installation was completed by week five of the holidays allowing a week for cleaning.

The system was then tested and commissioned in the Autumn Term. 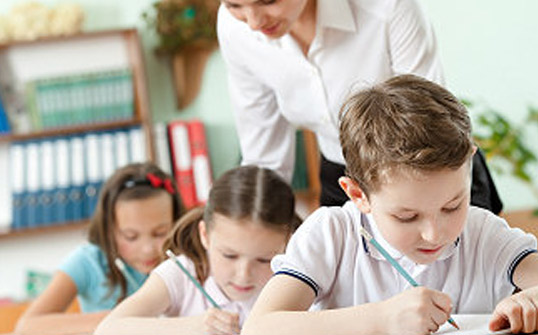 'I have found them to be extremely responsive and pleasant to deal with.'
Wythenshawe Community Housing Group
'ECS are a very competent, professional company with years of experience. They provide value for money and I would not hesitate to use ECS again on projects going forward.'
Tameside MBC
'Friendly, knowledgeable, approachable and efficient. From the first appointment, I have been totally impressed with this company, their Directors and the team they have. It has been a pleasure to work with them. They are professional and always give over and above what has been asked.'
Stockport MBC
'ECS are by far the best M&E Consultancy we have worked with and we now partner with them on a number of schemes. They are very good at adhering to the brief and are very good at testing the brief before simply adopting it. They engage well, quickly establishing the role of a trusted advisor, maintaining commerciality and communication throughout.'
Black Cat Consultancy, Manchester
'During the project briefing stages we have always found that ECS are proactive in both raising and discussing alternative approaches and design solutions with the client and Lead Designers. This is maintained throughout the design stage process in order to maintain and assist in providing a fully coordinated design solution.'
Jenkins Design Services