This project involved the conversion of scene docks areas into studio facilities in order to enable the relocation of the popular ITV serial drama “Emmerdale”.

The scheme included the design of audio and visual control rooms, dimmer rooms and data storage facilities for the new digital recording television studios. ECS designed the cooling systems within the television studios, including all associated acoustic requirements, and developed mechanical ventilation systems with the appropriate acoustic treatments.

During the design, ECS liaised closely with ITV production and set designers regarding studio lighting arrangements and the specification of dimmer equipment, which was linked to the visual control rooms.

ECS also liaised closely with specialist suppliers regarding fit-out television wiring systems. These state-of-the-art studio facilities were delivered on time, resulting in a seamless changeover with no loss of production. 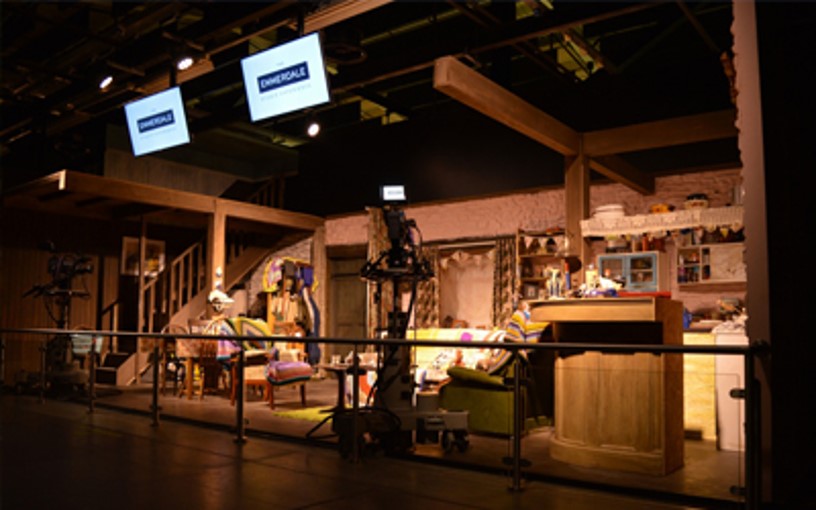 'Technically very capable and supportive consultancy. Pro-active and good communication on matters that change and require a coordinated solution.'
Wythenshawe Community Housing Group
'We have always found ECS to be responsive. They provide a first class service using a small dedicated team of efficient and effective professionals who provide accurate and timely information and work collaboratively with other team members/clients/other stakeholders. 100% satisfied.'
Tozer Gallagher
'I have found them to be extremely responsive and pleasant to deal with.'
Wythenshawe Community Housing Group
'ECS are a very competent, professional company with years of experience. They provide value for money and I would not hesitate to use ECS again on projects going forward.'
Tameside MBC
'Friendly, knowledgeable, approachable and efficient. From the first appointment, I have been totally impressed with this company, their Directors and the team they have. It has been a pleasure to work with them. They are professional and always give over and above what has been asked.'
Stockport MBC